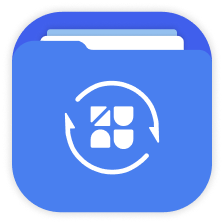 What does Zunu Drive do?

Zunu Drive makes your laptops, mobile phones and tablets safer by encrypting the files you store on them. It also secures your cloud-based storage accounts like Google Drive, Dropbox, Box and OneDrive. It brings all your files together in a way that gives you Confidentiality, Control and Convenience.

How is Zunu Drive different from other storage softwares in the market?

Zunu Drive is the only product in the market that uses breakthrough Fully Homomorphic Encryption (FHE) technology to encrypt the content and metadata of files, and uses the industry standard AES-256 GCM to encrypt file bytes.

What does FHE let me do?

FHE lets you search over encrypted files and folders without decrypting them. Therefore, you can retrieve and work on files in an “Always Encrypted Paradigm”.

Zunu Drive uses zero-knowledge encryption which means that we identify you and verify your credentials when you log in without ever knowing your password. The same protocol is applied to the keys of the files.

What are the components of Zunu Drive?

Zunu Drive is a file encryption app that integrates with your current storage environment. Zunu Drive components include encrypted File blocks, Metadata inclusive of namespace, Content Index, and a Key Manager. The Encrypted Content Index indexes the file content and stores the data in an encrypted form. It allows users to browse and search through the encrypted content without requiring any decryption. The Key Manager is used for generating and storing keys for the files stored.

Are all files encrypted by default?

All files in Zunu Drive are encrypted by default. The user can choose if he wants to move or copy the file into Zunu Drive. We recommend moving the files as it will ensure there are no unsafe file copies on device.

What happens when attachments in emails are downloaded and stored locally?

When downloaded, any attachment in an email doesn’t get stored locally on the machine. It always remains inside the secure enclave of Zunu. This is how we provide end-to-end encryption. Confidentiality to emails on the device. So even if a machine is lost or credentials are compromised, data in the machine always remains safe and secured.

Is the Content Indexing Management System an online service?

Currently, we store the index locally.

Zunu Drive solves inconsistent protection by using fully homomorphic techniques that allow users to search and work on encrypted data. It creates an encrypted file system to store your important files. It has extensive integration capabilities to extend confidentiality to wherever you store files.

Can i configure it to work with my Single Sign-On authentication mechanism?

Yes, Zunu Drive can be configured to work with existing authentication infrastructures like LDAP.

Does Zunu Drive have an API?

Zunu Drive REST API’s can be used to integrate with external services and build tools to work with other applications.

Can Zunu Drive be self or remotely hosted?

Yes, Zunu Drive runs as a microservice that can be self and remotely distributed using Borg or Kubernetes.

Is key rotation possible? How are the keys generated?

Yes, key rotation is possible. The keys get generated inside the Trusted Platform Module (TPM).

Are there any changes required in the existing storage environment in-use?

No changes are required in the current storage infrastructure. It can function as it is.

Does the organization have any control over their files after the recipient receives it?

Should I shift from an existing service provider?

No, Zunu Drive can be easily integrated with Google Drive, OneDrive, Box, Dropbox and other S3 and S3 compatible based storages. There is no need to shift.

What does Zunu Mail do?

Zunu Mail makes your current email systems more secure and fully end-to-end encrypted plus. All emails sent or receive in Zunu Mail are invisible to email service providers. They cannot read or access your emails. You can configure as many mail accounts as you want. Zunu Mail is a single interface to access all emails , eliminating the need to remember passwords . You can also exercise complete control over emails even after they are delivered to the recipient.

What are the components of Zunu Mail?

Are all emails encrypted by default?

All emails sent through Zunu are encrypted by default. This means that the Zunu inbox includes encrypted mails. Gmail or Outlook inbox can include both encrypted and unencrypted emails. As not all emails are sensitive; therefore, we generally suggest the encryption of the sensitive emails. However, there is no harm in sending all emails in an encrypted form.

What happens when attachments in emails are downloaded and stored locally?

When downloaded, any attachment in an email doesn’t get stored locally on the machine. It always remains inside the secure enclave of Zunu. This is how we provide end-to-end encryption+. Confidentiality to emails on the device.So even if a machine is lost or credentials are compromised, data inside Zunu always remains safe and secured.

Does organization have any control over their email after the recipient receives it?

Is the Content Indexing Management System an online service?

Currently, we store the index locally

How is Zunu different from Existing email service providers?

Current email service providers provide security of emails in transport and storage. They do not provide security and privacy when emails are processed. The content index reveals a lot of information about the content of the email. For example, GMail (free and the enterprise versions) has full access to the content of the emails, thereby leaking a lot of information about the user that uses their email system.

What are the possibilities of Data leaks?

We cannot prevent Data leaks. We prevent the impact a data leak has on an organization. Data stored and processed inside zunu always is encrypted. So even if there is a data leak, there is no harm. Attacks attempting to steal data at the service side and malware and ransomware attacks are pointless. As data remains encrypted through the cycle at the Service Providers' end, no data breach will give way to any information. Each email inbox can be read-only by authorized users, and no other than authorized users have access to these email inboxes. Even the Service Provider will not have any access to the email inboxes.

Where are the encryption keys stored?

Encrypted Keys are stored in the Key Management System. The keys used for email encryption are first encrypted and then stored.

Are any changes required in the Existing email server software being used?

No change needs to be made in the Email server software. It can function as it is.

Are there any changes in the Email client software?

No change needs to be made in the Email client software. It can function as it is and still be used for sending unencrypted emails.

Should I shift from an existing service provider?

Zunu mail can be easily integrated with Gmail and Outlook. There is no need to shift.

Can I remove the encryption applied through Zunu and return to the original state?

Yes, you can choose to go back to your earlier state any day you choose. Ziroh Labs also provides reverse migration tools that provide organizations with backup copies of emails in decrypted format. No data is lost during the reverse migration of the system.

What is the cycle of your bug fixing?

The release cycle of the SDKs and the components is 90 days. In each release cycle, we bring in new techniques to improve performance, add new features, and fix any bugs in the existing features.

What is the release update?